Spleen on Spleen: Why I think Altman’s The Long Goodbye is just teh suck 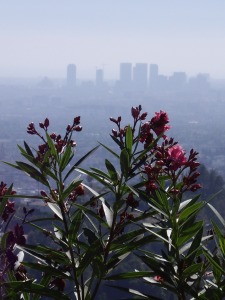 The unforgivable thing about Altman’s The Long Goodbye is not that it takes a masterpiece and turns it into a fairly lightweight mood piece; that’s merely irritating, and you have to file it under “griping about weird movie adaptations of books you really like.” Chandler’s The Long Goodbye is my favorite of the Philip Marlowe novels that I’ve read–which is about half of them–because it’s the one that feels most thoughtful about genre, and about the peculiar relationship between a storytelling genre defined by its first person protagonist (the detective) who is, in turn, defined by the manner in which he produces stories. What, after all, is a detective but a person who wants to find out the truth? Yet Chandler has the insight that a detective doesn’t so much discover a pre-existing truth as he participates in the social process by which narratives are made. The Long Goodbye, for example, just takes to a certain extreme something that’s always an undercurrent narrative in the Marlowe novels, the way Marlowe pushes his way into stories and events not necessarily to correct them (or working as someone’s agent), but because he himself likes stories, likes making them, and likes learning them*.

All that is, obviously, gone from Altman’s version, but the unforgivable thing is that he so drastically misunderstands the material he’s working with, to almost comic proportions. Seen from a distance, you might mistake Altman’s The Long Goodbye for Chandler’s, the way you could mistake two siblings for each other if you squint a little and if they’re wearing the same clothes. There are superficial resemblances. But the ending, where Philip Marlowe shoots Terry Lennox, is so incredibly wrong that I’m left breathless, not merely a repudiation of original’s crux (since Chandler’s Marlowe would never do that) but a repudiation that doesn’t want to even understand what it’s repudiating.

The conceit of Altman’s piece is that while the setting is now LA of the ‘70‘s, Marlowe is still from the ‘40’s, an effect which Altman calls “Rip Van Marlowe.” Ok, fine; the fact that Marlowe wears a dark suit and red-white-and-blue tie amidst the gaudy colors of Altman’s vision of the seventies is cute, at least. But it wasn’t long before I started missing the loving detail with which Marlowe and Chandler explored their world, and started to gag a little on the simple-minded vitriol with which the landscape is imagined around him. Altman chokes on his own bile for a world he clearly loathes, loading down the screen with caricatures of people he hates, from the hippies to the trendy rich. Some of it is interesting, as with Martinez–the genuinely frightening gangster–but most of it is simply there to make a simpleminded point: things have seriously devolved since the forties, when agents of virtue like Philip Marlowe walked the streets.

But, honestly! The whole point of those original novels was that the world had devolved and everything was shit. And because of that, our narrator Chandler/Marlowe, was constituted by a fascinating ambiguity: he rejected the world and he loved it, understanding its faults yet lovingly tending towards engagement with a corruption he never tried to separate himself from. That’s why the narratives work: both author and author/narrator engaged with their worlds, even identified with its worst aspects, making a trip into its underbelly an opportunity for self-exploration. But the Altman version not only doesn’t want that–preferring, instead, the most simple-minded California in the seventies as Sodom and Gomorra narrative it can create–but it tries to argue that Philip Marlowe would, if he woke up in the seventies, share Altman’s vicious splenetic rejection of the scene. Wrong. Marlowe would fucking love the seventies. Bring it the fuck on, he would say.

* Am I thinking this because I’ve just finished Season Five of The Wire? Yes, I am.

One Comment to “Spleen on Spleen: Why I think Altman’s The Long Goodbye is just teh suck”